What does it mean for two things to be identical?

Intuition tell us that if you are able to do a measurement or experiment such that you can detect a difference, then those two items are not identical. However, this statement of identical seems to be dependant on the abilities of the experimentalist. But what about if instead of considering some classical macroscopic objects whose distinguishability is dependant on the experimentalist, we instead consider fundamental particles, such as two electrons, existing in the quantum realm. As these particles are fundamentally the same the definition of identical is no longer dependant on the abilities of the experimenter to distinguish them but is a characteristic of the particles themselves.

This quantum nature of indistinguishable has an important consequence when considering systems of these identical particles. This consequence is called the symmetrisation principle, interested readers should resort to Feynman’s lecture notes (Vol III Ch 4.). A consequence of this symmetrisation is that the state of the full system now appears to have an important quantum property, known as entanglement. This is the quantum property once described by Einstein as “Spooky action at a distance” but is now expected to play an essential part in quantum computation and communication. However, we now have a problem, despite these identical particles being formally entangled how do we utilize it when we can’t tell which particle is which?

The problem and solution is described in the following situation…

END_OF_DOCUMENT_TOKEN_TO_BE_REPLACED

Our blog Quanta Rei has been online for three and a half years. We’ve been exploring a variety of ways to convey our passion for science. Some of our posts have been rather technical, some more philosophical, some quite artistic. This post is about poetry.

Earlier this year, during a morning run, I suddenly remembered about my passion for rhymes. When I was in high school and later studying Physics at the University of Salerno (Italy), I spent many a hour composing sonnets – in Italian. Some of them being love poems, others being more humorous and satirical ones to be posted on the now defunct portal Risateonline.com – often in response to challenges set by my then competitor and now friend Rullianus. Then, not sure why, but I haven’t been writing poetry in almost two decades, till now.

END_OF_DOCUMENT_TOKEN_TO_BE_REPLACED

Our Quantum Reality: A Physics-Art Project

I recently completed a collaborative art-physics project, with award-winning artist Joseph Namara Hollis, to produce a short, illustrated book about the quantum mechanical reality in which we live.

From the start, this was an ambitious project. Our aim was to introduce quite challenging philosophical concepts deeply embedded in quantum mechanics. Our target audience was broad: we hoped that anyone from school science students to academic quantum physicists would both learn something, and be entertained, by the book. And finally, the book is short – only six double page spreads – and contains minimal text, with the intention that the illustrations play a central part in conveying the concepts we introduce. So, have we succeeded? You can find out by reading the book online here.

END_OF_DOCUMENT_TOKEN_TO_BE_REPLACED

Discussion and review of Shadows of the Mind by Roger Penrose

Humankind has a fantastically deep and complex understanding of many of the scientific and philosophical puzzles that have baffled our ancestors. We understand the inner workings of the sun, and what lives in the most remote places on Earth; we have a good idea of what happened a fraction of a second after the Big Bang, and how distant galaxies were formed; and we can explain the basic structure and the evolutionary emergence of the complex organisms that roam our planet. But there are some mysteries that still elude us, and perhaps none are as close, personal, and important as the question of how our brains work – how they produce such a rich variety and complexity of thoughts and feelings, and how they perform such a huge range of tasks, from communication to mathematics to movement. And while AI is making great progress, our computers are still far behind most everyday cognitive tasks, such as the activity in your brain right now while you are reading this post. Furthermore, how can such a lump of meat produce the rich first-person experience that we are all consumed by throughout our lives?

END_OF_DOCUMENT_TOKEN_TO_BE_REPLACED

The vast body of scientific knowledge is a whole divided into three parts, or layers. The first falls under the name of empirical knowledge, and includes the descriptions and the results of all experiments ever attempted. The second part comprises the mathematical systematisations of those experiments and the rules to predict the outcomes of future ones, that is, the physical theories of Nature. There is also a third part, to which one may ascribe the abstract study of physical theories themselves, seen as mathematical and logical objects. The purpose of this blog post is to advocate the importance of this ‘meta-theoretical’  layer of knowledge from a conceptual and foundational standpoint, and to illustrate how it is possible to investigate it.

END_OF_DOCUMENT_TOKEN_TO_BE_REPLACED

In pursuit of the deepest link

Posted on November 6, 2018 by Gerardo Adesso

There is not a deep divide between science and arts. Rather the opposite! I have long been interested in unveiling links between these two seemingly distinct spheres of knowledge. Scientists are typically seen as rational beings who pursue the truth and are not afraid of dissecting the most beautiful manifestations of nature into a set of basic analytical rules, often formalised as mathematical equations, even going as far as reducing the feelings of love to a series of biochemical reactions. Artists, on the other hand, are often perceived as creative characters who synthesise and embellish emotions by expressing them in languages which touch deeper chords in humanity, such as music or imagery. 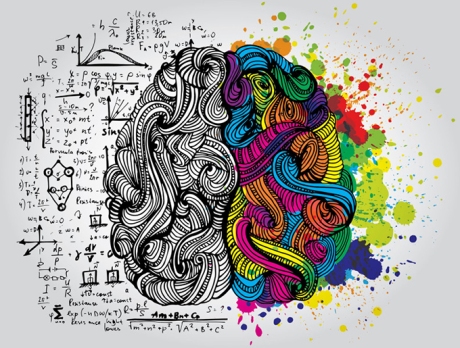 Yet for those doing science with a passion, beautiful equations are perceived as equally if not more touching than a work of art, and creativity is a fundamental requirement for reaching beyond the state of the art on our understanding of how the universe works. Similarly, an increasing number of artists resort to analytical methods to explore novel ways to communicate inner expressions of self. And let’s not forget that a streak of polymaths, in which a combination of scientific and artistic skills has resulted in universally acclaimed masterpieces which made history, can be traced back many centuries: Leonardo da Vinci is perhaps the brightest example.

END_OF_DOCUMENT_TOKEN_TO_BE_REPLACED 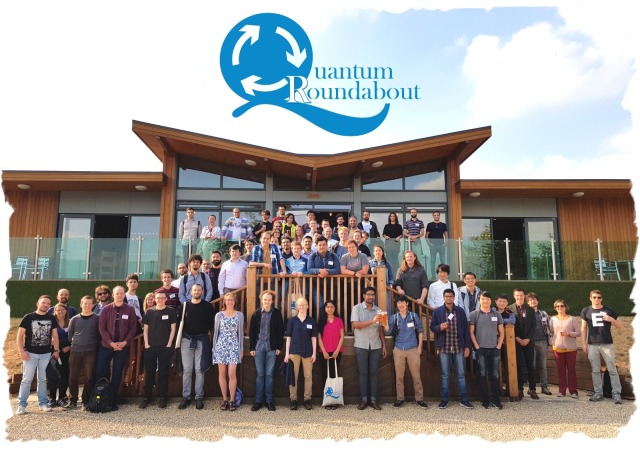 Quantum Roundabout 2018 was the fourth iteration of a series of dedicated conferences looking at foundational mathematical topics within quantum physics.

The etymology of the conference stems from the so called “Magic Roundabout” on the outskirts of Swindon. This roundabout boasts five mini-roundabouts arranged around a sixth central anticlockwise roundabout.  It was decided that such a strange junction could only be quantum in nature, hence the conception of Quantum Roundabout. END_OF_DOCUMENT_TOKEN_TO_BE_REPLACED

How can we design experiments in quantum physics? Generally, the strategy involves using the vast knowledge amassed by quantum physics researchers and combining this with our intuitions and our creativity. This method has been fantastically successful over the years and has given us experiments that help unlock both the technological and the foundational magic of quantum physics. But it is not always easy. Quantum physics is notoriously counter-intuitive, so sometimes our intuitions are not a good guide for how best to design an experiment. And sometimes past experience is not always the best guide to creating novel new designs, particularly when our experiments intend to probe a new and untested area. But how else might we design quantum experiments? In a previous post we introduced a method we are developing that utilises techniques from AI, machine learning and meta-heuristics to design quantum experiments. In effect, we are letting computers design experiments for us.

To be more specific, our task is the following:

Given a set of quantum-optics experimental equipment, what is the best way of arranging the apparatus to create a quantum state with certain desirable properties? END_OF_DOCUMENT_TOKEN_TO_BE_REPLACED

Will artificial intelligence take over the world?

In recent years, there has been increasing concern that sometime in the future a super-intelligent AI will rise up, take over the world, and destroy all humanity. Is this a real concern? Or is it over-hyped science fiction, with no reasonable connection to reality? In this blog I will first argue that super-intelligence is possible, and then argue that if such an entity is created, it is a genuine possibility that it will indeed exterminate us all!

END_OF_DOCUMENT_TOKEN_TO_BE_REPLACED

Why the many worlds interpretation of quantum mechanics is fantastic

Quantum mechanics is often presented as being “our most successful theory ever”. Despite 100 years of stringent experimental tests it has never been proved wrong. It has been confirmed to an accuracy of 1 part in 1012 and has even now been tested in space-based experiments. It underlies much of modern technology, including pretty much the whole information and computing industry. And it has predictive power in an extreme range of scenarios, from the smallest constituents of our universe to a fraction of a second after the Big Bang. For these reasons, it seems reasonable to assume that quantum mechanics is correct, and does not need to be modified, at least not yet.

We can then ask the question: If quantum mechanics is correct, then what does it tell us about the universe? But before answering this, we should probe whether this is a reasonable question in the first place. END_OF_DOCUMENT_TOKEN_TO_BE_REPLACED